Submitted by compassionatec… on February 10, 2017

In its Global Food Security Index for 2016, The Economist Intelligence Unit ranked the city-state of Singapore No. 3 behind the U.S. and Ireland as most food secure.

That's an interesting statistic for a populous island that has very little farm land, forcing it to import 90% of its food and the fluctuations in pricing and availability that go with it. But Singapore takes a safe and stable food supply very seriously. The government's Agri-Food and Veterinary Authority (AVA) developed a Food Security Roadmap several years ago that, among other things, aims to diversify food sources and optimize local food production. Read below how Panasonic is contributing to that goal. – Philip Bane

“The world can learn from Singapore’s success stories," Director-General of the UN Food and Agriculture Organization (FAO) Graziano da Silva said during a 2014 visit to Singapore where he witnessed the advanced technologies being utilized to ensure food security. "Singapore has made efforts particularly, to maximize productivity from very limited land resources. Commercial indoor and rooftop vegetable farms are opening and other urban and peri-urban agricultural initiatives are taking shape.”

One of those success stories would have to be the indoor farm that Panasonic launched in a Singapore warehouse in 2014. Today, according to Business Insider, the farm: 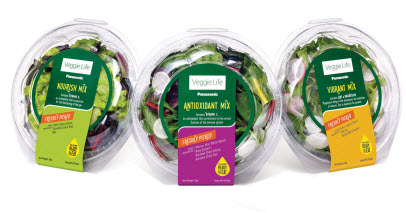 Unlike some indoor farms that use hydroponics, the plants in the Panasonic warehouse grow in soil under LED lights.

"We foresee this business to be a potential growth portfolio, given the global shortage of arable land, increasing populations, climate change, and demand for high quality and stable food supply," Alfred Tham, the assistant manager of Panasonic's Agriculture Business Division, told Business Insider.