Submitted by Anonymous (not verified) on September 15, 2020

Learn how to grow innovation and opportunity

Leading a session of experts at Smart Cities Week Global, Jenny Kassan, Esq., the author of Raise Capital on Your Own Terms and Vice Mayor of Fremont, California, known as the gateway to Silicon Valley, will reveal how your city can intentionally develop equal opportunity throughout its entrepreneurial ecosystem. The session will show how this approach is good for your city, good for entrepreneurs and good for investors. Reviewing a combination of law, regulation, culture and engagement – this session will give your city a framework for entrepreneurial success.

Did you know that
*Less than one percent of companies ever receive venture capital funding with most failing
*94% of the companies on the Inc. 500 never raised venture funding.
*Only 10% of venture-backed companies had a female founder;
*Only 1% had an African American founder.
Discover how inclusive entrepreneurialism changes this

Why Focus on 'City Needs' and' City Innovators?'

There is often a misguided focus on novel technologies such as blockchain while ignoring technology that could be applied to a city’s current needs such as waste management or water potability. While working in Puerto Rico after Hurricane Maria (2018)  we saw at the Council a lot of interest in making the island a ‘block chain’ island with a hip entrepreneurial culture. Fortunately, the island’s government saw the need for making Puerto Rico a sustainable, resilient island using existing technology. At the same time, the blockchain effort was a continuing distraction.

Ability and innovation – already exists in your city - unlock it!

There is also an issue, especially in the United States of investor myopia, which leads to not seeing the ability or innovation already existing in their community. For example, less than one percent of companies ever receive venture capital funding, and of those, most fail.  94% of the companies on the Inc. 500 never raised venture funding. Only 10% of venture-backed companies had a female founder; only 1% had an African American founder. And 78% of all venture capital went to just 3 states: California, New York and Massachusetts, leaving the other 47 states to share just a quarter of the pie.

So most cities focus on being something they are not,. The ability is right there, the innovation is right there - and a city just needs to unlock it. This panel at Smart Cities Week Global will provide insights and a framework for doing that.

The session will be moderated by Jenny Kassan, ESQ 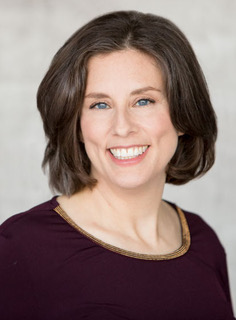