From data integration to diversion: 6 efforts to reduce prison recidivism

When you get out of prison with no place to live and no job, it’s got to seem pretty bleak. Yet for many, that’s the reality. Data suggests the number of people leaving Australian prisons with nowhere to go has increased 54% in the last three years. And as is the case in so many parts of the world, demand for affordable housing and social housing have skyrocketed well beyond what’s available. So how do we stop the revolving door that has so many offenders back in prison because re-entry hasn’t gone well? No easy answers, but we did find some promising approaches. – Liz Enbysk

“We can reduce rates of re-offending and simultaneously drive down homelessness by focusing on providing affordable, permanent housing,” Smith says. It’s a no-brainer.” 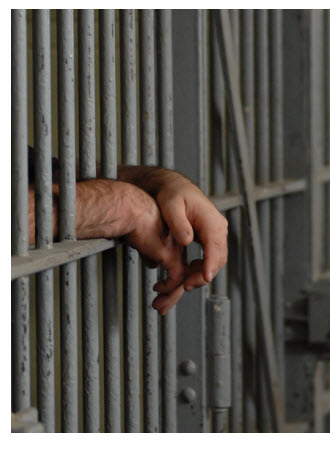 Yet cities worldwide are struggling to come up with affordable housing to meet demand – a challenge that won’t be solved overnight given the sheer number of people in need.

What else can help prisoners be successful upon re-entry? Here are a few programs focused on that.

Ken Mossel, clinical program manager for the REACH program, tells KUER the therapies are data-driven. "Everything is evidence based,” Mossel says. “Everything is based off research. Nothing is just ‘well we’ll just use this particular therapy because we think we like it.’ It’s not like that.”

Salt Lake County Mayor Ben McAdams says the program will focus on men who are “super-utilizers of the system” who aren’t getting back on track with current services.

"And that not only is a human tragedy,” the mayor says, “but it costs taxpayers a lot of money."

Boone County officials want to create a database that combines criminal justice data and data on homelessness to better identify housing needs, resource gaps and other issues that contribute to recidivism, according to a Columbia Tribune article.

“There is a lot of synergy in our community around ending homelessness and reducing the use of our jail. By receiving this grant, our community will be able to make more informed decisions to use our resources most effectively for positive impact,” said Kelly Wallis, Boone County Community Services director. “We anticipate that by knowing exactly who we need to target for supportive housing, we will not only achieve better outcomes for some of our most vulnerable population but will also reduce costs to our public system and increase public safety.”

England tries tagging rather than detention
A 12-month trial launched last fall by the Ministry of Justice is monitoring up to 1,500 offenders with GPS tracking devices attached to their ankles. The devices can be used to enforce exclusion zones – places the offender is not allowed to frequent. They can also enforce inclusion zones, such as a building or even a city that the person must stay within. 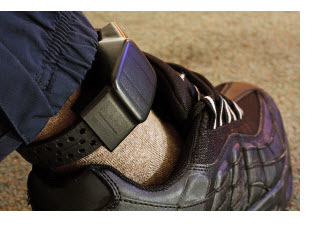 Peter Dawson, director of the Prison Reform Trust, said in a Guardian piece that an unusual and rapid increase in inmate numbers put significant pressure on an overstretched prison system already experiencing record levels of violence, self-harm and suicide.

“There is real potential for electronic monitoring to act as a tool that could help stabilize demand on the prison estate,” suggests the Ministry of Justice. “It will be critical for decision-makers that we demonstrate that GPS tagging is a viable and useful alternative to custody. The pilots will also test whether satellite tags do modify the behavior of offenders.”

In an article on America’s failing prisons, The Economist highlights an Argentina study that found “low-risk prisoners who are tagged instead of being incarcerated are less likely to reoffend, probably because they remain among normal folk instead of sitting idly in a cage with sociopaths.”

A bill introduced in the Pennsylvania Legislature would allow in-home supervision for some ex-offenders using GPS tracking devices which, according to the bill summary, would cost taxpayers $3 to $4 a day versus the $65 to $75 it costs per day to keep an ex-offender at a community corrections center.

Atlanta pilots pre-arrest diversion
Atlanta will launch a pre-arrest diversion pilot next month designed to redirect people out of the criminal justice system who would be better served by social services. The Atlanta program is modeled after similar successful initiatives in Seattle and several other cities, where recidivism has been reduced up to 60%, according to an Atlanta Fulton County RFP.

The program will focus on key areas in downtown Atlanta. Officers will be able to direct suspects living in extreme poverty or with mental health issues into social services before sending them to jail, according to Atlanta Magazine.

Police Chief Erika Shields told the magazine that though some officers have expressed concern about the approach, she counters that the department wants to be part of something that works.

“If you break it down,” she says, “and you say to the beat cop, ‘Okay, you’ve arrested this guy how many times? Are you tired of arresting him? Would you be willing to try something else?’ ‘Sure.’”

State prisons equip inmates with tablets
Indiana recently called for bids to equip all of its state prison inmates with tablet computers. In South Dakota, telephone provider Global Tel Link is providing tablet devices free to the Department of Corrections. Inmates won’t be able to access Facebook or Twitter in South Dakota, but the devices will enable longer conversations and texting with family. Officials say re-offense rates drop when prisoners can maintain family ties.

Online courses and GEDs are another benefit of prisoners having tablets.  “Education’s really going to be a strong feature for us here in South Dakota,” said Department of Corrections Secretary Denny Kaemingk in an Argus Leader article.  “The more education someone receives, the lower the recidivism will be.”

Meanwhile William Wilson, an Indiana Department of Corrections executive director, tells the Indianapolis Star that the tablets can help prepare inmates for the world beyond prison.

"Our goal is to make sure that when these guys do go back to their communities, that they can be a contributing member," Wilson said. "If we don’t allow offenders to have real-world access to education, to programming, to electronic devices -- then we've become part of the problem."

It’s an effort on the part of the Nebraska Corrections Department to reduce recidivism and lift spirits in the troubled prison system, according to the Omaha World-Herald. Defy Ventures, which also works with hundreds of inmates in California and New York, is supported in Nebraska by charitable foundations.

The six-month course utilizes volunteers, and in the case of the Tecumseh prison, a former Congressman is among them. The course offers inmates a range of instruction, from parenting skills to starting a business and holding down a job.

Jeremy Bouman, executive director of Defy Ventures in Nebraska, suggests entrepreneurship isn’t a stretch for inmates. In fact, he says gang leaders and other criminals who have run organizations are ideally suited.

“If you’re a gang leader, you’ve got hustle,” he says. The problem, he suggests, is that they were poor at risk management, which is how they got caught.

More on job training in prisons
Statistics suggest that inmates who receive vocational training and certifications while in prison are less likely to be reincarcerated, although many would argue there aren’t enough or a big enough range of vocational offerings in our prisons today.

Here’s a look at some success stories: Cities helping cities - No barriers to becoming a smart city