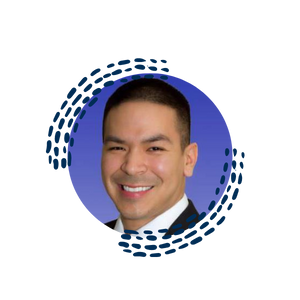 Jerry is a Florida native currently residing in Tallahassee and grew up in Kissimmee in central Florida near Disney. He has a background in finance with a Bachelor of Science degree in Business: Economics from the University of South Florida. He was a practicing investment advisor at Edward Jones Investments having passed the Series 7, Series 66, and Life, Health, and Variable Annuity certifications.

After a stint in finance, he migrated to the IT arena by working as a B2B Account Executive for Comcast Cable for four years to working at an IT food delivery startup, “Bite Squad”, as an Operations Manager of the Tallahassee market. With the assistance of an Assistant Market Manager, they grew the market from 80 partners to over 300 prior to his departure. Bite Squad was funded by venture capitalists and was later acquired by Waitr Holdings for $321.3 million in 2018. CCYS, a non-profit that helps at-risk youth, awarded the Bite Squad Tallahassee market “Best Food Delivery Service” in back-to-back years, 2018 and 2019, respectively.

Jerry has a strong interest in current events, investments, technology, movie cinema history, and graded collectibles. He acquired a “Certified Automotive Technician” certification from Penn Foster Career School while an undergrad and still mechanics on a Mustang GT as a hobby.