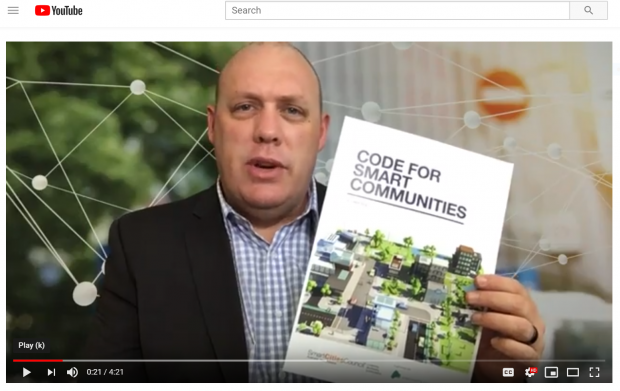 Enhanced telecommunications connectivity, data insights, digital planning practices and innovation districts are among the issues addressed in a new standard of practice released today by the Smart Cities Council and Green Building Council of Australia.

Released as part of Smart Cities Week Australia 2018 in Sydney, the Code for Smart Communities is a new benchmark for urban development practices across greenfield communities, urban regeneration precincts and diverse institutional campuses.

According to Adam Beck, Executive Director for Smart Cities Council in Australia and New Zealand, the release of the Code is an “important milestone after deep engagement with the development industry, technology companies, city shapers and all tiers of government”.

“This is the first time we have defined smart urban development in a way that can be practically applied. We went back to principles to build this Code from the ground up,” Mr Beck adds.

A short video has been created to provid users of the Code an overview of its intent, and content. You can watch the video by clicking on the image below.

An interactive version of the Code has also been released in the form of the Smart Cities Explorer created by SCCANZ Partner, Place Design Group. The explorer can be accessed by cliking here.