Submitted by Anonymous (not verified) on September 1, 2020

Urban flooding is the most common disaster in the United States

Flooding is the most common natural disaster in the United States. As reported by the University of Maryland and Texas A&M (Galveston) in 2018, in its report titled ‘The Growing Threat of Urban Flooding’ flooding is the most expensive natural disaster in the United States, costing the nation upwards of $8 billion every year—and it kills the most people. The problem of urban flooding is global – from Jakarta to Accra, the Council has reviewed with cities their growing urban flooding problems, inadequate infrastructure and lack of data driven planning.

The ‘Growing Threat’ report listed several recommendations that local government should consider, including:

Call to action from Nashville, Tennessee

The city of Nashville, TN is committed to addressing these consideration and is calling to all other cities in the world to join it in a process designed to begin resolving some of these issues.

This process is called ‘collaborative engagement’ and is part of the Smart Cities Council’s ‘cities helping cities’ program. Nashville will lead a Readiness Cohort made up of cities from everywhere in the world discovering data and how to use it so as to act to improve outcomes for vulnerable communities affected by urban flooding. Nashville and the Smart Cities Council are designing the collaboration based loosely on the excellent work completed by the US Water Alliance in 2019 with nine cities in its Urban Flooding Bootcamp.

The goal with Nashville’s leadership of this Readiness Cohort is to produce a replicable plan that any city in the world can use. This is made possible by the Council’s online collaborative engagement platform called Smart Cities Activator. US Water Alliance produced a thorough paper …and here the work will be taken further with an actionable plan based on data collection and analysis.

Any city in the world will have access to this plan and the opportunity to begin its own planning (at no cost.)

Why focus on data?

Maryland and Texas A&M also reported there is very little data identifying where urban area flooding (not connected to rivers or coastal areas) is taking place in the United States, the consequences associated with this flooding, or the profile of those who have been affected.vFor example, data from commercial insurance policies are not normally publicly available, so claims made against those policies rather than the NFIP are not spatially defined for use by the public or by public officials.

A recent study by First Street Foundation found that the Federal Emergency Management Agency (FEMA) was underreporting urban areas that had a flood risk. For example, First Streets analysis found that Nashville, TN has 4x as many properties subject to the risk of urban flooding as reported by FEMA. 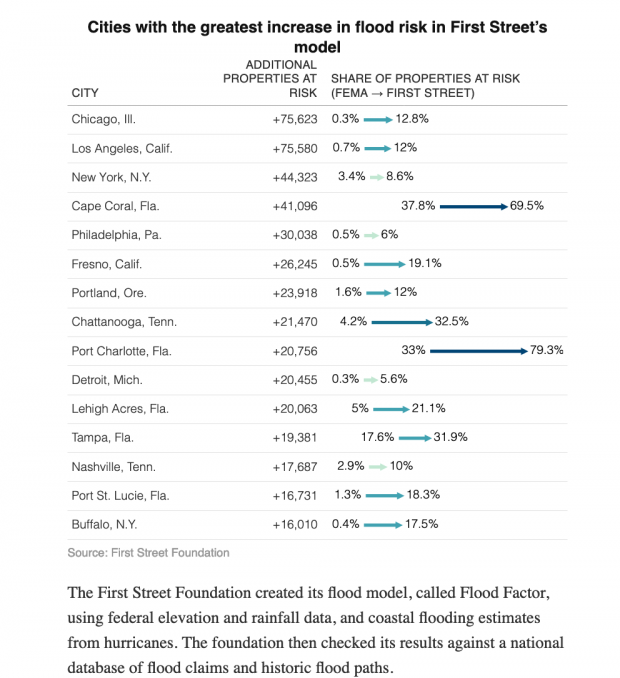