Submitted by compassionatec… on December 10, 2016

We wrote about results of a survey of U.S. households that found many people are "shockingly unaware" of how they contribute to the food waste problem. Turns out the U.S. isn't alone; a poll last fall by a large UK supermarket chain revealed only 3% of adults see any stigma attached to wasting food – nor apparently did most equate food waste to wasting money. Yet the majority of respondents said they turn off lights and turn down the heat – some even switch power companies – to reduce their energy bills. A government advisory body suggests households can typically save twice as much by altering their food waste habits, according to a report in The Guardian. What's especially encouraging is how a large UK supermarket chain is working with cities and towns to change those habits, as you'll read below. – Liz Enbysk

Sainsbury's is one of the UK's largest supermarket chain and it's on a mission to reduce waste – recently announcing it will invest another one million euros to replicate a pilot it's been running in the town of Swadlincote, Derbyshire in other communities. 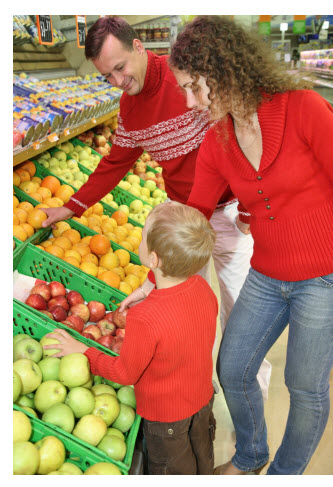 The food retailer's "waste less, save more" program invites consumers to try a range of options for reducing food waste. Some are testing smart fridges equipped with cameras that allow grocery shoppers to check what they have back at home via smartphone before purchasing more. Others are using food-sharing apps that enable people to give food they won't use to neighbors. Sainsbury's is serving as an advisor, organizing school and community programs on food waste and initiatives like neighborhood fridges.

A Sainsbury's spokesperson said last month that over 100 communities had signed up to participate – with one store official suggesting it's an indication that the nation is "waking up" to food waste.

The Guardian reports that the Waste and Resources Action Program (Wrap), a government food advisory body, believes British households could save an average of 700 euros annually by reducing the amount of food they throw away. They say that's almost double what they can save turning off lights or turning down thermostats.

Another approach from Ireland
FoodCloud is an app that businesses use to alert charities when they have surplus food that can be picked up and given to those in need. Tesco, another of the UK's supermarket giants, trialed the FoodCloud app in Ireland and is now expanding it to 929 of its stores around the UK with an estimated 3,979 charities involved.

With food poverty rising and so much food wasted every day, it may seem like a simple solution to match grocers and charities. But Iseult Ward, one of the FoodCloud developers, suggests otherwise.

FoodCloud is one of a growing number of apps and platforms targeting hunger and food waste. Read about some other initiatives: