For those who have been a part of the Smart Cities Council ANZ for some time, Jannat Maqbool's face will be a familiar one. Jannat is an Australian-born Punjabi and mother of three based in the beautiful Waikato, New Zealand. She is a CPA and former CIO with a Masters in Digital Business and is actively engaged in the NZ technology ecosystem. Bringing with her a keen focus on leveraging technology in innovative ways to benefit people and planet, Jannat is stepping into a new role as Interim Executive Director for ANZ. We took a moment to get to know her a little better.

Jannat's initial career, spanning more than 10 years, was in the financial services industry leading mid to large-scale technology adoption initiatives including at MTF where they released the country’s first online origination system for finance. Following that period of her life, Jannat spent more than a decade in the tertiary education sector designing and developing programmes and course material, teaching, and coordinating several collaborative projects and applied research initiatives involving students, staff and the wider community.

More recently Jannat was the Associate Director at the University of Waikato’s Artificial Intelligence Institute where she led the launch of the Institute and the establishment of the Artificial Intelligence Researchers Association. Prior to this Jannat has been involved with supporting digital inclusion and enablement initiatives in the Waikato, including as Smart Cities Advisor at Hamilton City Council and Tech Sector Lead at Te Waka: Waikato Regional Economic Development Agency, coordinating the development of the Digital Waikato 2025 strategy and delivering several large events and initiatives bringing together small businesses, schools, tertiary providers, the technology sector and general public.

In a voluntary capacity, Jannat is on the Executive Council acting as Deputy Chair at the NZ IoT Alliance, on the Advisory Board at the Waikato Wellbeing Project, where she is focused on how the initiative can leverage technology and data to support achieving sustainability and wellbeing targets, and HTK Group, and organisation specialising in working with Māori and indigenous groups to build better futures, and a Board member and Deputy Chair at NZ Tech, the voice of the New Zealand technology ecosystem working to connect tech ecosystems, organisations and passionate people, and with the government to ensure the essential elements for creating a digital nation are in place for a more prosperous New Zealand underpinned by technology. 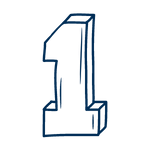 You've been a part of the Smart Cities Council ANZ for some time. What has been your favourite program to date?

This is a hard one as everything we do is about benefiting people and planet. If I had to choose one it would be the focus on DataLeadershipInfluencers50, an initiative we launched last year which lost traction due to Omicron but that is now being revived for 2022.  We are putting together a list of the most influential policymakers, practitioners and academics in data leadership across Australia and New Zealand. Those working with data to enhance social, economic and environmental outcomes. It’s quite exciting!

If you haven’t already, nominate your colleagues here. 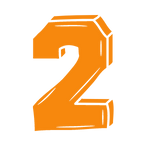 In terms of the current smart cities narrative, what is one thing you'd like to see cities action?

That is easy. Build capacity. By that, I mean cities need to connect with other cities, share knowledge and insights, and support their staff to take up professional development opportunities in this space. Yes, it slows down applying that new piece of tech or crunching that new data set but it’s well worth it in my mind to avoid duplicating effort, get closer to best practice, build resilience and then make more of an impact with innovation.

As an example, at the Smart Cities Academy we offer the Smart Cities Certified Practitioner certificate. On completion, participants join a global community of practitioners. One council I know of though is putting a large chunk of their staff through the programme so that everyone can be on the same page, building internal capacity to progress their smart cities agenda and achieve their objectives over the longer term more effectively. 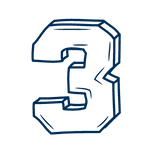 As an organisation, we've spent a lot of time talking about Digital Twins and working to catalyse digital twin capability across ANZ. What do you think the next big topic is?

I think that conversation is far from over. However, on my agenda going forward, there is also what we can do to support regional communities more. Part of that is looking at what infrastructure, connectivity and analytics as well as awareness, education and capacity building look like to enable scaled solutions addressing their priorities.

This is part of the Future of Place discussion and we can leverage the Future of Place Framework released late last year as a start potentially however it is taking it all a step further and bringing in real smarts in terms of how can we leverage all that we know for what is arguably a setting that is unique to Australia and New Zealand. I was born and raised in country NSW so this is a real passion of mine. 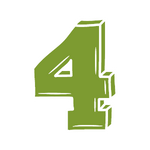 How do you unwind?

I have three children. We build lego, play with our pets, play board games or just sometimes sit and read together. I also love the beach and bushwalking. Plus I have a small group of girl friends and we like to get together whenever we can and just relax and unwind. 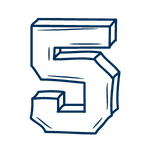 What are you watching, listening to and reading?

I have been sucked into Manifest. I feel like it’s Lost all over again, but I am hooked on it now. I don’t really watch a lot of TV.

In terms of audio, I have to admit I am still making my way through the Smart Cities Chronicles. Stepping into the interim ED role I feel I need to know more and I have found our own podcast series to offer such a diverse range of topics, speakers and perspectives.

Reading is an interesting one. I have only just in the last few months decided I am a reader. Have never been interested in reading before but my children read constantly so I thought I would give it a go and it turns out I quite like it. They want me to read Harry Potter but I quite like Jodi Picoult and also have many of the books on those “books you should read before you die” lists. I am not reading anything right now but considering 1984 as one I pick up next as a friend of mine returned it to me last week after she had borrowed it.